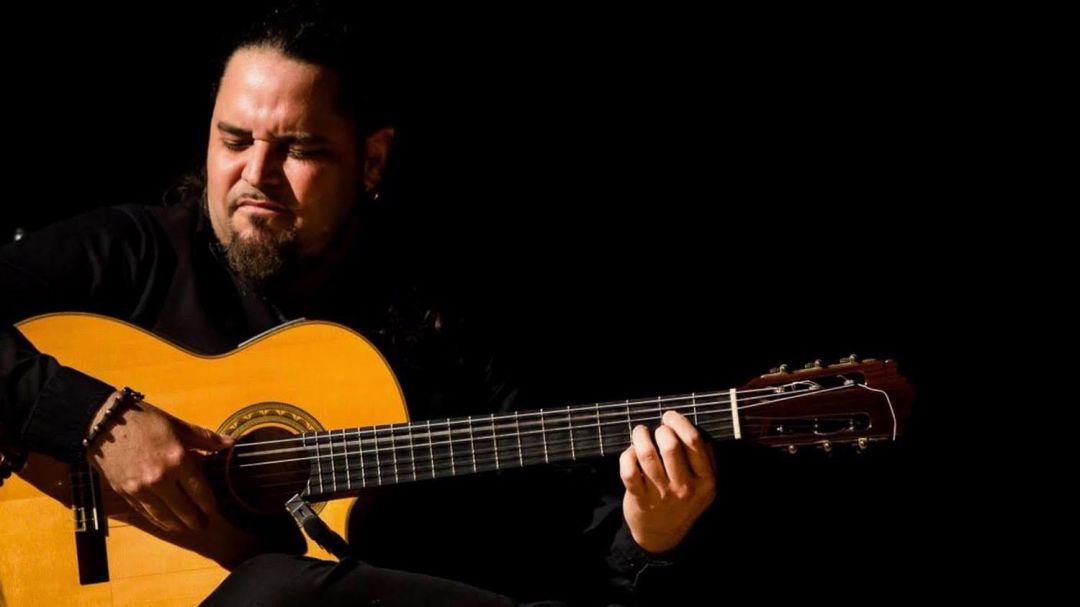 Flamenco guitar with no boundaries!

Born in Cuba, Andres Vadin’s talent spans many different genres while highlighting the flamenco guitar as a universal instrument with no boundaries - a breathtaking fusion of traditional and contemporary interpretations, often infused with Cuban, Arabic, and jazz influences.

Vadin has played for some of the most talented flamenco artists known today, including Antonio Carmona, José Antonio Rodríguez, and Maria Juncal.  He has also collaborated on Latin Grammy-nominated albums with Aceituna sin Hueso and Oskar Cartaya.  He has toured throughout the world performing with Concha Buika, Faramarz Aslani, Wadih Al Safi, Billy Cobhan, and in festivals such as WOMAD, Glastonbury, Montreal International Jazz Music Festival, and at rock legend Steve Vai’s Big Mama Jama Jam-a-thon.

His work as a session musician includes the movie soundtracks for “Whale of a Tale” and “Bel Canto.”  One of his great passions is teaching music and he partners on a regular basis with Barrio Music, an L.A. based organization that provides music education to children in neighborhoods in LA.

Andres put on an incredible show with the Andres Vadin Project as the headliner for the 2019 Flamenco Arts Festival and we are thrilled to have him return to Santa Barbara.