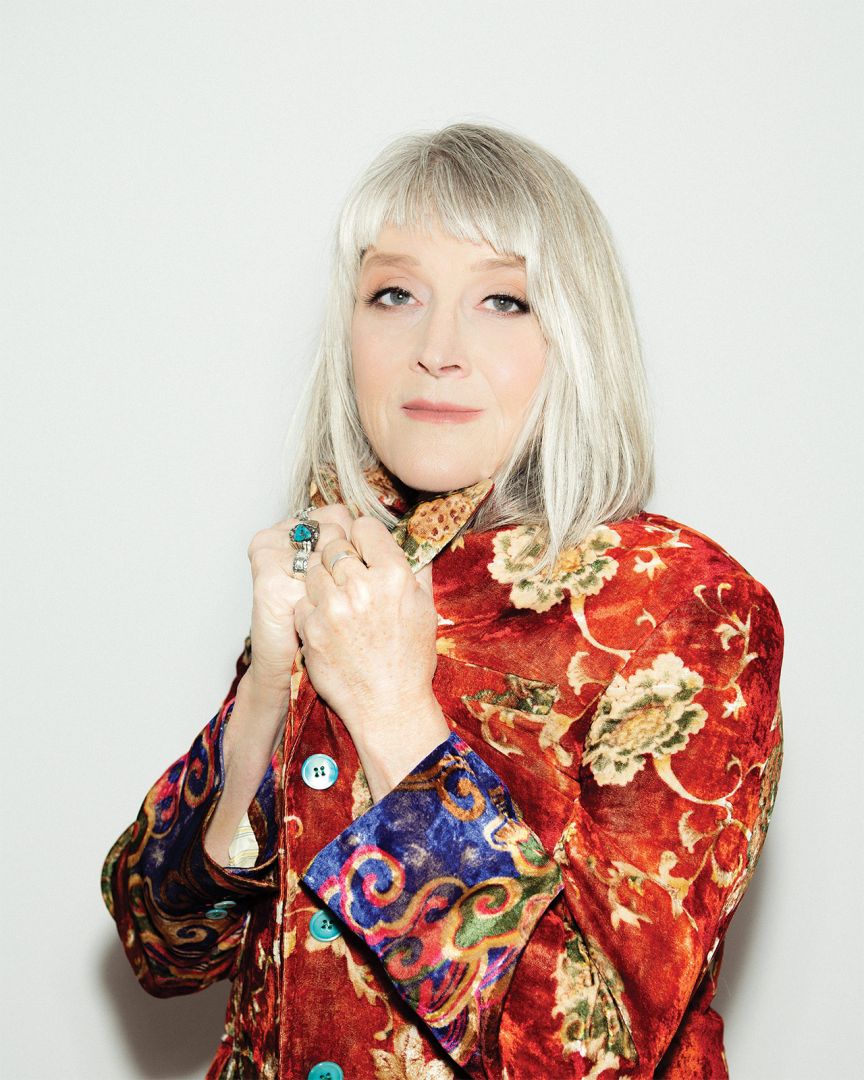 
The way Richey was used to making records was with friends in a vibed-out, low-key setting. That’s how she made her debut album with Richard Bennett, and it’s how she made her new album, Long Way Back… The Songs of Glimmer, with Doug Lancio. So Glimmer was different, and not just on the production side.

Then, as now, the compositions that comprise Glimmer were the Grammy-nominated singer/songwriter’s first collection of true confessionals. Prior to that she’d been a staff writer at Blue Water Music writing from a more arm’s-length vantage point for her first two releases, 1995’s Kim Richey and 1997’s Bitter Sweet. But Glimmer was all her.

Revisiting that history for A Long Way Back was both emotional and edifying for her. “I was pretty broken-hearted when I wrote and recorded most of those songs and I remember feeling that way,” she says. “At the time, I needed to really get out of my head and out of Nashville. I think that was what appealed to me so much about making a record somewhere that wasn’t home and with new people. Recording these songs again was a good way to look back and remember I made it through those times.”

The 20 years of distance between then and now provided another benefit, as well: Richey is more comfortable with her voice, both literally and metaphorically. As a result, Long Way Back sounds like it has nothing to prove and nothing to hide. It’s more spacious, but not less spirited, with Richey’s voice, in particular, feeling more relaxed and rounded than on the original. Starting with “Come Around,” the 14 new renderings take their time to make their points, meandering casually around, much like their maker.

An Ohio native, Richey’s passion for music was sparked early on in her great aunt’s record shop where she’d scour the bins and soak it all in. She took up the guitar in high school and, while studying environmental education and sociology at Western Kentucky University in Bowling Green, she played in a band with Bill Lloyd. But it didn’t stick… not right away

After Kentucky, Richey worked in nature centers in Colorado and Ohio and traveled to Sweden and South America. She eventually landed in Bellingham, Washington, where she worked as a cook while her boyfriend went to grad school. Their deal was, she got to decide where they went after he graduated. One night in 1988, some old friends — Bill Lloyd and Radney Foster — rolled through town. She sold t-shirts at their gig, and they talked up Nashville. To drive the point home, Lloyd sent her a tape with Steve Earle and others on it. So taken by the songwriting, Richey and her partner loaded up their Ford F150 and headed to Music City.

In Nashville, Richey cooked at the famed Bluebird Café and gigged around town at writers’ nights. At a show one night at 12t h & Porter, Mercury Records’ Luke Lewis approached her. In classic Richey fashion, she didn’t know who he was. Still, she went to a meeting with him and Keith Stegall, played one song, talked a lot, and got a record deal at the musical home of Billy Ray Cyrus and Shania Twain. Remembering the glory days of major labels in the ’90s, Richey says, “They gave me way more than enough rope to hang myself with. I could do whatever I wanted.”


SAN FRANCISCO INDIE-ROCKER nerd Megan Slankard and her band The Wreckage have independently sold over 40,000 copies of five self-released albums and are currently planning consecutive releases of a brand new double-EP project in 2022. The new EPs, which were co-produced with Nashville Producer Alex Wong (Vienna Teng, Delta Rae), will showcase new sides of Megan's music, balancing delightfully belligerent rock and roll with lush cinematic soundscapes of orchestral instruments and robot harmonies.Pre-pandemic, Megan packed 2018 and 2019 with over 10 months of touring, including a 50-show Guitar Center tour with BOSE Professional, a bio-coastal songwriter tour with Nashville's Alex Wong, and a 30-date, cross-country tour with Toad the Wet Sprocket.Her songwriting has received national and international recognition: she was a finalist the 2021, 2020, and 2018 Unsigned Only Competition, a finalist in the 2020 and 2018 International Songwriting Competition, and a finalist in the 2019 International Acoustic Music Awards. Megan won first place in the 2017 Unsigned Only Music Competition (AAA Category) for a punk song she wrote, record, and performed herself in her kitchen, smack dab in the middle of San Francisco. (Sorry neighbors.)Megan's adventures have also included touring with Dire Straits co-founder David Knopfler throughout Europe, duets with Pat Monahan and Train, performing for a TedX event, co-writing, performing, and producing a song for San Francisco's KFOG's Breast Cancer Research charity drive (featuring featured guest singers Hozier, Florence Welch, Steve Earle, Grace Potter and more,) playing electric guitar on Jimmy Kimmel Live, singing the National Anthem dressed as Princess Leia at Oracle Park for the San Francisco Giants (and five other times, dressed as herself), singing for Glen Keane's animated short "Duet" for Google's Spotlight Stories, and even participating on two episodes of TLC's reality makeover series, What NOT to Wear (she really had no idea.) “Megan Slankard is something of an indie sensation. The Bay Area based indie singer-songwriter has a powerful, expressive voice and pairs that with honest, heartfelt lyrics. With five self-released albums up her sleeve… you can’t help but be impressed by her industry.” - MONOMegan proudly uses Bose Professional sound systems, Guild acoustic guitars, LR Baggs pickups, Swart amplifiers, and JH Audio IEMs. She also loves and drinks copious amounts of tea from her local tea company NUMI.