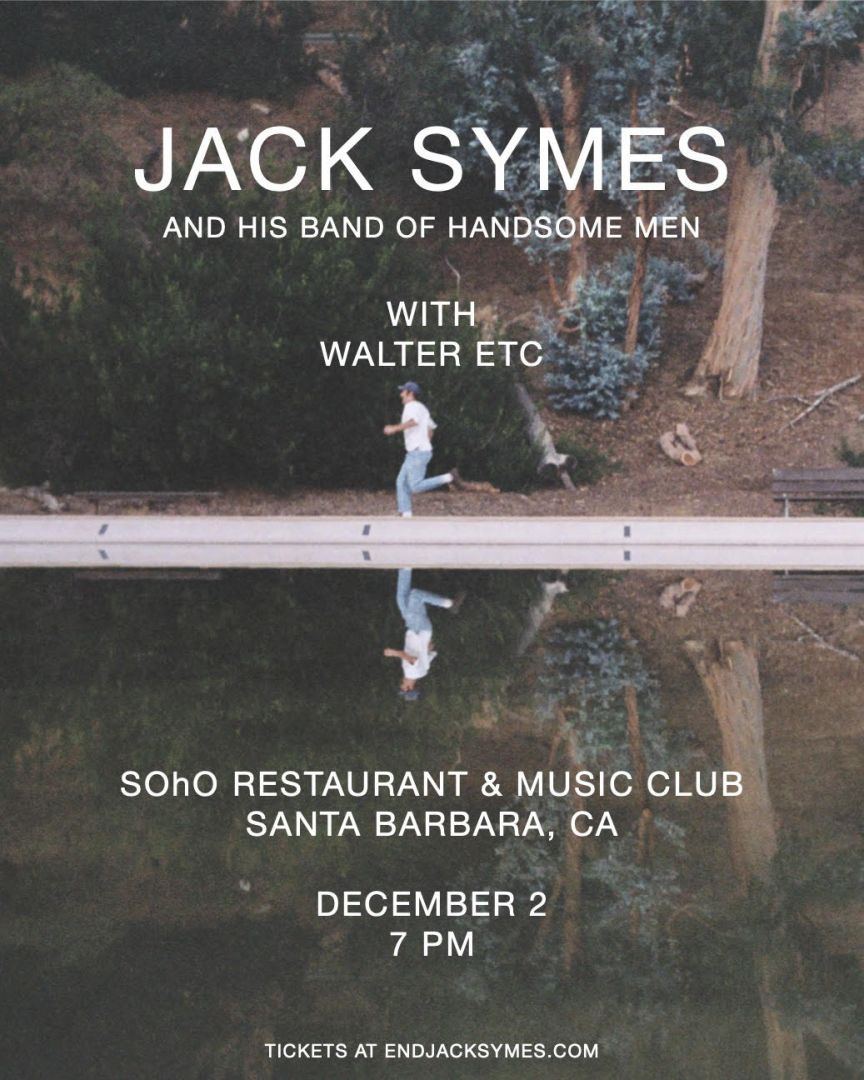 Jack Symes bio:
On his sprawling new record, Tompkins Park, Jack Symes makes his case as one of folk music’s most compelling new artists. Born during a road trip out to his new home in Brooklyn and his unmoored first months there, the 12-songs confront the question, “Are you on your own or are you all alone?”. It’s less tethered to Earth than his previous excursions, instead drifting skyward, buoyed by wide-reaching arrangements and dense washes of reverb that curl off his voice like thick plumes of smoke.

Inspired by uncertainty and crystallized in isolation, Jack Symes sophomore album is a testament to spending time with yourself and making peace with the parts of you that have been neglected. Written while uprooting his life, and recorded in the blurry ebb of life under a pandemic, the deeply personal songs are at once wholly universal.
Walter Etc. bio:
Walter Etc. is the brainchild of Dustin Cole Hayes, who has been creating music (originally as Walter Mitty and His Makeshift Orchestra), writings, videos, and art between Southern California and Portland, OR for over a decade. He co-runs the label and art collective Making New Enemies with Milk Flud, and has worked alongside Jeff Rosenstock and Ian Farmer (Slaughter Beach, Dog / Modern Baseball) in the studio. Walter's newest album "There There" (self-released via Making New Enemies, May 7th 2021) showcases the band's return to a home-recorded and self-produced approach. With a revolving door of band members and a foray into different genres, it is Hayes' gift for lyricism and DIY ethos that holds all of his projects together in one cohesive canon.