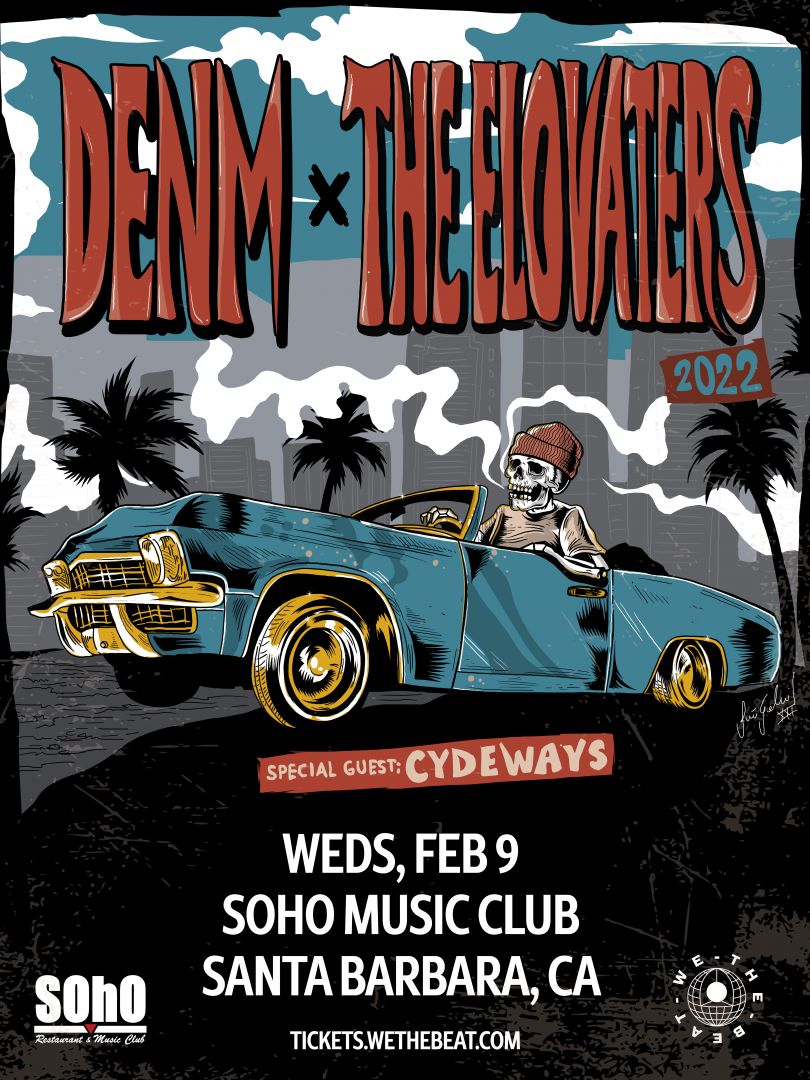 We The Beat presents: DENM / The Elovators

With the release of his genre-hopping debut album, Slum Beach Denny, it’s time to add DENM to the storied list of Southern California’s musical ambassadors.  And like his most recent predecessors- Slightly Stoopid and Sublime- the twenty-something musician, songwriter, and producer drops plenty of hazy daze optimism into his melting pot of youth culture and life experience, emerging with a 21st century soundtrack from SoCal’s sun-kissed sand, surf, and streets.  “It might look overnight to some people,” says DENM, “but I’ve been working.”

Working, first as a producer, most recently as a songwriter and musician, DENM has been a highly sought-after creative force in the indie music scene for over a decade.  He’s evolved, thankfully and successfully, from years as an admittedly troubled teen bouncing from beach town to beach town.  And, as much as itinerant residencies in San Diego, Santa Barbara, and Isla Vista marked his personal narrative, they also fostered deeply authentic and eclectic sources of inspiration for the budding artist.

Exploding into the American progressive roots scene in 2018 with their #1 Billboard Reggae album Defy Gravity, THE ELOVATERS have quickly become a household name for lovers of Sublime, Jack Johnson, Slightly Stoopid, G. Love, Stick Figure, The Movement, and more. Their music has been featured on CBS’ Hawaii Five-O and their song “Boston” was played during the World Series Parade when the Boston Red Sox won in 2018. Their 2020 followup EP Double Vision was voted EP of the year by Reggae 360, and programmed into heavy rotation on SiriusXM’s “No Shoes Radio,” “Margaritaville,” and “The Spectrum.” Their 2021 full-length album Castles was produced by Johnny Cosmic. They are currently touring in North America. https://theelovaters.com/